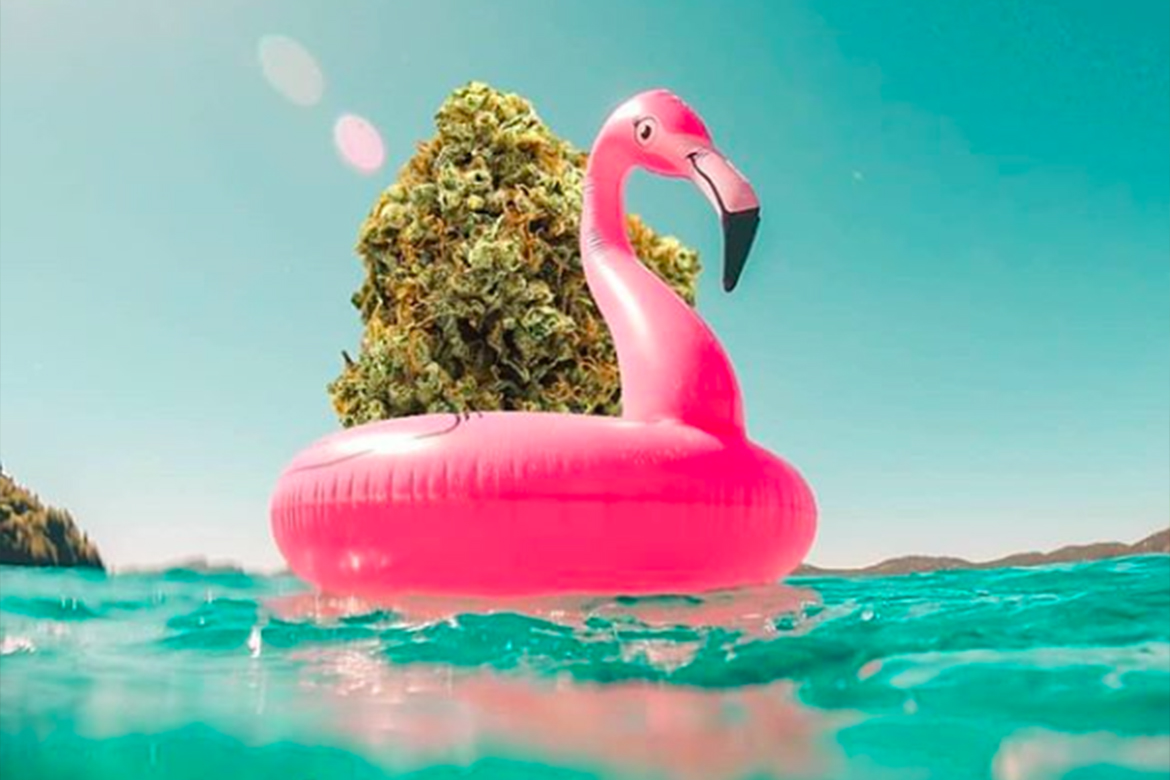 If you’ve ever attempted “Sober October”, you’ve most likely experienced that awkward moment of showing up to a social event and declaring your new found sobriety. Cue the questions and confused looks. If you’re a woman, friends and family assume you’re pregnant and if you’re a man, they assume you’re battling some serious health issues. Why not add to the confusion and pull out a Viridis pre-roll and light that baby up. Let me introduce you to the newly coined term, Calisober.

If you look up CaliSober on the internet, you’ll find a few different definitions but in layman’s terms, it means ditching the sauce and hitting the bong. These days, more and more young people are transitioning into this trend of sober curiosity and Calisober living. Ever wake up from a night out with a monstrous hangover that you thought might actually kill you? Then you know that ditching booze for a bit isn’t the worst idea. And while cannabis is legal in Canada, there is still a ton of stigma with the use and terms like “pothead” and “stoner” are widely used. So, how do we normalize this new trend Calisober, so that cannabis users can be just as open about their love for bud, like soccer moms and “Wine O’ Clock”. Let’s start with talking about it.

As of August 12, 2020 there were over 509 approved cannabis stores, that’s a boat load of cannabis moving through Alberta. We’ve come a long way from the days of “Reefer Madness” so the less you hide your cannabis consumption, the more accepted and normal it will become for non-users like your Gam Gam and straight edge neighbour, Karen.

This idea of cutting out alcohol and living a clean and maybe greener life has been a new trend supported by trailblazers like @SoberSaturdayz, an online platform that is trying to normalize not drinking. When the founder, Kaitie Degen, was asked why some people seem to have an issue with cannabis use but not with consuming alcohol, she says “Simply put, I think it’s a lack of education! People are scared of what they don’t know and would genuinely rather choose something that is bad for them because it’s familiar (like alcohol). I know that my voice and Sober Saturdayz profile will be the bridge to building community and accessing education around alternative choices (like cannabis and psychedelics) during sobriety!”

The hard fact is that it takes time to shift minds and perception, but the wheels are slowly rolling in that direction. Let’s keep the conversation going and if you are sober curious, check out fun ways to dive into that decision. Do what feels right for you and find people that support you. Most of all, have fun and stay safe!

ARE YOU EXCITED?We understand. We're watching the clock...

The countdown to our latest harvest is on. It's like the lead-up to Christmas except you get better presents.