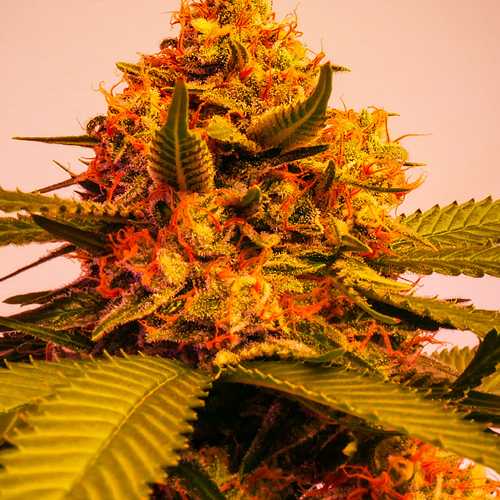 Cannabis research made an exciting breakthrough earlier this year with the discovery of two new cannabinoids. Italian scientists discovered THCP and CBDP; their findings published in Scientific Reports.

BUT FIRST… WHAT ARE CANNABINOIDS?

Cannabinoids are chemical compounds secreted by cannabis flowers. They are central to the perceptible effects of cannabis in humans.

To put it bluntly: why do we get high? Cannabinoids.

Cannabinoids (such as THC and CBD) bind to cannabinoid receptors in the body’s endocannabinoid system.

Different cannabinoids have affinities for different receptors. For example: THC has an affinity for receptors in the brain, like CB1. On the other hand, the cannabinoid CBN (cannabinol) most easily binds to the CB-2 receptors located throughout the body.

A strain’s unique cannabinoid profile will influence the cannabis experience it provides.

Cannabidiphorol (CBDP) is a cousin to our well-known friend, CBD. A key difference between CBD and CBDP, researchers say, is their molecular structure. A critical side chain in CBDP’s molecular structure is elongated with seven links. Up until this time, all naturally occurring cannabinoids discovered contained no more than five links in this side chain.

Data from the study showed that the number of links in the alkyl side chain actually makes a huge difference: more links could possibly mean more potent effects.

Unfortunately, the study didn’t go much deeper into the effects and uses of CBDP. Researchers got to know THCP a little better…

Tetrahydrocannabiphorol (THCP) is the more interesting of the two new cannabinoids.

Just like CBPD, THCP has a longer side chain of seven links, rather than five. As we said before, more alkyl side chain links means a more potent cannabinoid!

It’s suspected to be over 30x more potent than THC…  but it’s still to be determined whether or not it’s psychoactive in humans.

But, THCP was found to have potent psychoactive effects in mice.

The study theorizes that THCP will have that 30x effect on human CB1 and CB2 endocannabinoid receptors. Whether or not this is true, only time will tell.

WHY NEW CANNABINOID DISCOVERIES ARE IMPORTANT

Better understandings of cannabis compositions will allow for customized strains. And for a more tailored experience in the future!

The researchers that led the study believe this discovery might help shed light onto why cannabis impacts different people in different ways.

“…we have to study the concentration of THCP and CBDP cannabinoids in the different cannabis strains because sometimes it is not clear why some strains with a low THC level have extremely high psychotropic properties: it could [probably] be due to THCP.” –Dr. Professor Giuseppe Cannazza, Quoted in The High Times

Two people could have different experiences while consuming cannabis with the same THC content. Researchers theorize this variation might be caused by differing doses of THCP.

As of 2016, there were around 150 phytocannabinoids discovered. Researchers continue to isolate and describe new phytocannabinoids. These discoveries provide new insight into cannabis’s psychoactive properties.

Legalization in Canada has opened up lots of new opportunities to research the cannabis plant. But, on a global scale, research is creeping forward due to strict regulations in most countries. Let’s look forward to the coming years and all the exciting cannabis discoveries they’ll bring!

For more on the latest in cannabis, check out our blog!